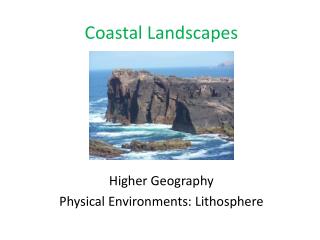 Coastal landscapes: checklist - . click to continue. coasts. this powerpoint is a checklist of all the topics that need

Landscapes - . what is a landscape ?. a landscape is part of the earths surface that can be viewed at one time from one

Landscapes - . landscape development. landscapes: a region on earth’s surface in which various landforms are related by

Unit Two – The Natural Environment – Coastal Landscapes – One Page Summary - . the formation of headlands and

Creating Landscapes - . landscape art. landscape is a genre of art dealing with the representation of natural scenery.