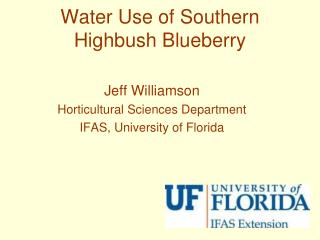 Blueberry - . never forget!!!!. origin. first discovered in ca nada . now being produced all over the world. the top

SUSTAINABLE USE OF WATER - . individual agenda - the implementation of tasks by project-based learning - „sustainable

Impacts of Water use - . median monthly flows of the m urray river at a lbury under natural and regulated conditions.

Southern California Water Issues - . groundwater. what is groundwater?. water found in the pores and fractures of soil

WATER USE - Sherborne environmental study. water use. in our school grounds we have 3 water butts to collect rain water.

Water Use - . environmental science. global water use. most of the water worldwide is used to irrigate crops the

Water Use - . what is the hydrologic cycle?. the water cycle precipitation evaporation transpiration. what is ground

Water use - . branston has grown and evolved over the years... . we’ve focused on lean operation and efficient