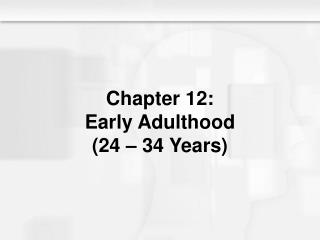 Young Adulthood - . the adult phase of development encompasses the years from the end of adolescence to death: young

Agriculture in Malaysia - . the era of agricultural development in malaysia: the early years (1960’s-70’s) the

The Role of Bias In the Origins Debate - . by brian forbes http://fromnoahtohercules.com. early in my adulthood, i had a