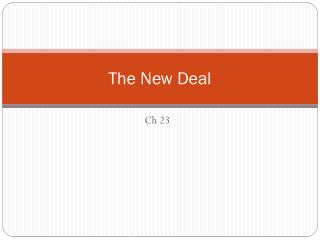 The New Deal. Ch 23. AKS. 47a - explain the significance of "The Hundred Days", the bank holiday, and Roosevelt's fireside chats 47b - identify New Deal programs such as the WPA, CCC, FDIC, and SEC