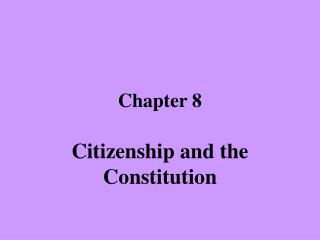 Chapter 8. Citizenship and the Constitution. The powers granted to the federal government are known as __________. These include coining money and regulating trade. Delegated Powers.