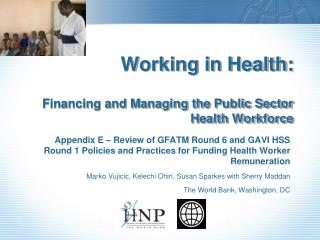 Public Health Care: Reform and Financing The BIG Picture - Overview and objectives. 7 weeks of gh 511 where are we now?a