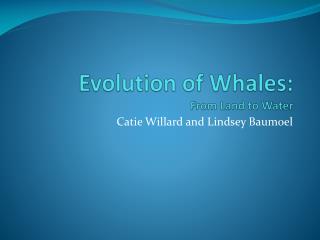 CATIE - . c ommunication and a ccess t o i nformation e verywhere provide an amenity that will enhance the daily lives of

Adventures of Lassie and Willard - . by: kristin dilling and lexi

Lindsey Keiser - . who they are:. their mission- to protect wilderness and inspire americans to care for our wild places.

Professional Development - . for teachers of english language learners. introduction. w ho we are and what we do. willard

Van Emde Boaz Tries (The presentation follows Willard’s fast tries) - . ram model. we have integers in the input each

Welcome to Mr. Willard’s Classroom! - . always enter the classroom silently and sit in your appropriate seat and get