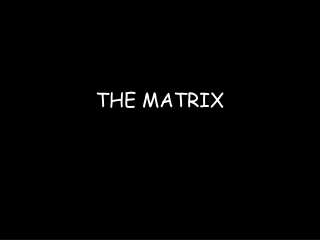 The Matrix - . the matrix. released in 1999 first movie in a three part series the matrix trilogy : the matrix , the

The Boston Matrix - Was developed by the boston consulting group in the 1950's.the boston matrix is designed to show how

The Talent Matrix - . the talent matrix - potential. this line represents the potential an individual shows. potential.

2 The Matrix - . realizing the moral ideal of the highest good (3). common sense. 1) common sense theory of perception we