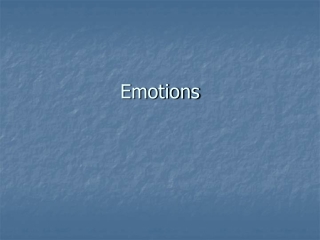 EMOTIONS - . basic vocabulary. experience feelings, emotions mind the verb resent which means ‘not to accept , be