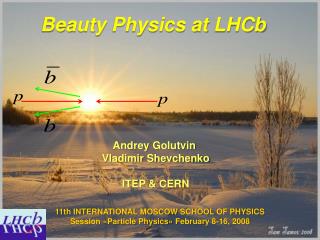 What we do for Beauty - Snake spas, curry pools and gold masks are just some of the extreme beauty measures people

Observation of double charm production at LHCb - . vanya belyaev on behalf of lhcb collaboration. lhcb-paper-2012-003 (in

Can Beauty Point Us to God? - . a posteriori argument: reasoning from beauty back to god www.prshockley.org. consider the

Physics Results of Belle and Prospects for Belle II - . y.sakai kek. reference for physics prospects. physics at super b