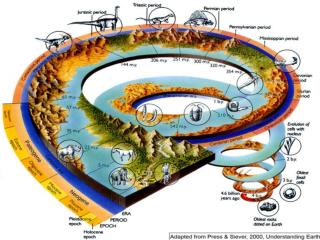 Hypothesis of early Earth. About 4.4 billion years ago, Earth might have cooled enough for the water in its atmosphere to condense. This might have led to millions of years of rainstorms with lightning, enough rain to fill depressions that became Earth’s oceans. Rare Earth Hypothesis - . that occurrence of earth-like planets with complex life forms in the universe is rare . so many

Early Earth Conditions - . origin of life beliefs. the big bang theory states that all matter and energy in the universe

The early Earth - . goal. to understand modern hypotheses and theories about the formation of the universe, our solar

The early Earth - . goals. to understand: (1) solar nebula theory for formation of earth, (2) how this led to earth ’ s

Early Earth Foldable - . ch 14 fold 2 papers so that there are 4 flaps. the titles of the for should be: redi and

Early Earth Foldable - . ch 14 fold 2 papers so that there are 4 flaps. the titles of the for should be: redi and pasteur

Early Earth and Origin of Life - . chapter 26. earth’s original organisms are microscopic and unicellular. life on