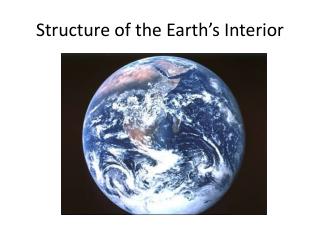 Structure of the Earth’s Interior. Do you REALLY believe? ? ?. All the planets of the solar system came out of the Sun!! Humans have been able to peep into the mantle!! All the Interior of the Earth is in molten state!! The Earth has only one North Pole!!. How was Earth formed?. Squiggly-line-land view of the Earth - . what’s going on in the upper mantle ? receiver function , powerful seismic

Four Spheres of Earth - 8a. 9/26. four spheres of earth. utilizing graphic organizers tsw examine the effects on the