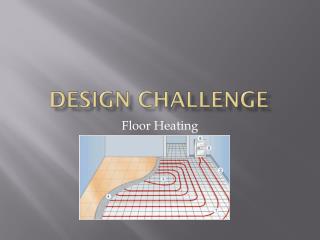 Challenge Design - Challenge design after a protagonist is created and given a goal, you will not have a game until

Engineering Design Challenge - . build the tallest tower that can support a marshmallow. set-up. get in groups of 3-4

Design Thinking Challenge - . u se “design thinking” to design the ideal car for your partner . get to know your

Hand Warmer Design Challenge - . your group will have once change to make a hand warmer that can increase the temperature