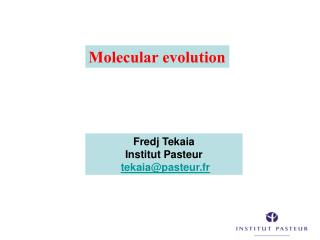 Evolution - Biology chapter 15. evolution. evolution. when drawn like this it presents a huge misconception!!!. players.

A Brief of Molecular Evolution &amp; Phylogenetics - . aims of the course:. to introduce to the practice phylogenetic