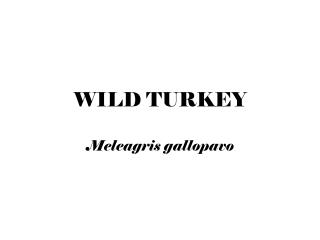 Touristic Places in Turkey - Holiday in turkey. turkey has many wonderful natural and historical places which are visited

Turkey - By pearline young. turkey. where is turkey?. turkey is located on the crossroads of europe and asia. major

Turkey??? - . turkey day talk turkey bowl a turkey put on a turkey visit turkey (turkia) and act like a turkey defined as

TURKEY: A LAND OF TOLERANCE - . turkey is surrounded with black sea in the north; georgia in the northeast; iran,

A Turkey Followed Me Home - . walking home from school one day, along a lovely street. when from behind me came a noise,

TURKEY - . turkey is a transcontinental eurasian country. asian turkey which includes 97% of the country, is separated

TURKEY - TÜrkİye. turkey. what do you know about turkey?. surrounded by 3 seas ; black sea,aegean sea and mediterrainan