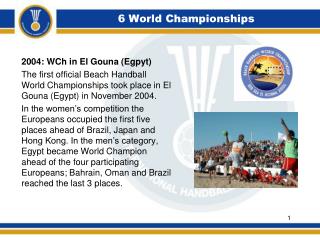 World Junior Golf Championships - Register your self for one the quality junior world golfing event, which going to be

Championships - . 14 african health and finance ministers have already committed to being champions for increased