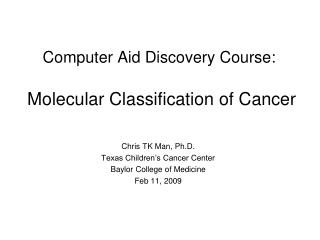 Data Mining: Classification and Prediction - . what is classification? what is prediction? issues regarding

Derivative Classification Training - . note: all classified markings contained within this presentation are for training

Journey to Discovery - . the big idea discovery takes many paths. why might there be many paths to discovery? is the

Age of Discovery - . mr. stikes. sswh10 the student will analyze the impact of the age of discovery and expansion into