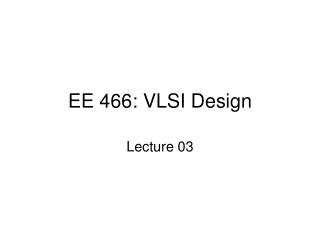 EE 466: VLSI Design. Lecture 03. The inversion layer charge Q I represents the total mobile electron charge on the surface and its expression at the source end of the channel is: The PCB Design Process - . aed 703. j. ebden. the pcb design process. before the design preparing the design draw the