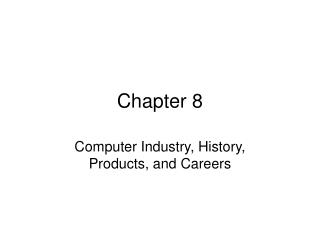 Chapter 8. Computer Industry, History, Products, and Careers. What came before the computer?. Manual calculators assist in numeric calculations but require the human operator to know the processes An abacus is an example of a manual calculator that was used by the Chinese in 1200.