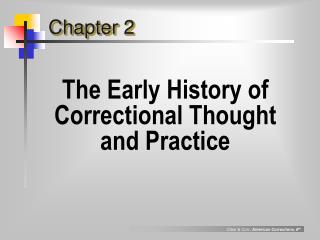 Evolution - . the history of life. early history of earth. earth is thought to have formed about 4.6 billion years ago.

Early History of Masonry - . who created it? what was it at first? when did it originate? where did it start? why was it

II. The History of Evolutionary Thought A. Early Greeks B. 2nd Greek School - C. the impact of christianity d. the

Office of the Inspecting Judge - . presentation to portfolio committee on correctional services 1 september 2006 “the