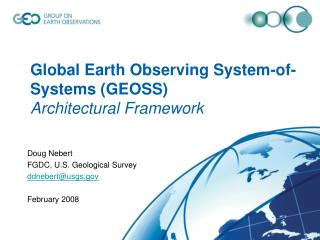 Observing the Universe for Yourself - . patterns in the night sky. our goals for learning:. what does the universe look

Architectural Design - . objectives. to introduce architectural design and to discuss its importance to explain the

Geodesy, Map Projections and Coordinate Systems - . geodesy - the shape of the earth and definition of earth datums map