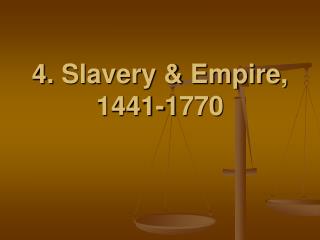 China, the Ottoman Empire, and Japan (1800-1914) Internal Troubles, External Threats - . the ottoman empire and the west

Aim: What were the strengths and weaknesses of the Mughal Empire? - . persian empire 400 bce. safavids and modern-day

1.Slavery was abolished in the US by the - . a. gettysburg address b. 14 th amendment c. emancipation proclamation d. 13

Chapter 27: Empire and Expansion 1890-1909 - . we assert that no nation can long endure half republic and half empire,

Review Questions Byzantine Empire thru Meso-America - . why did the western roman empire decline? *name at least one

The Civil War - . mr. webster’s class. the debate over slavery. the question of slavery had long fueled debate in the

Byzantine Empire - . main idea . after the fall of the roman empire in the west, the byzantine empire emerged as the

Chapter 16: Slavery Divides the Nation - . section 1: slavery in the territories. the missouri compromise there were 11

SSWH4 - . description: sswh4 the student will analyze the importance of the byzantine and mongol empires between450 ce

Chapter 11 – Rome and Christianity - . section notes. video. from republic to empire the roman empire and religion the