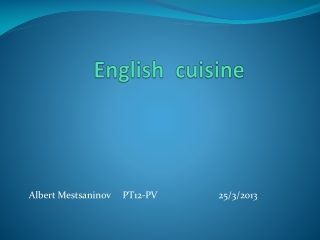 British and Russian cuisine - . in britain people used to have a traditional english breakfast, which consists of