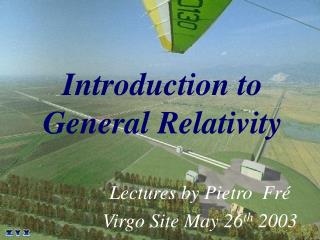 Introduction to General Relativity. Lectures by Pietro Fré Virgo Site May 26 th 2003. The issue of reference frames and observers. Introduction to CNS pharmacology - . dr. mustafa a. alshagga cucms – faculty of pharmacy. objectives. you should able

The General Theory of Relativity

As an object approaches the speed of light, its momentum increases dramatically. - According to special relativity, mass

LOGIC I General methodology and introduction to formal logic - . draft. lectures on informal logic are based on books by

Introduction - . what is the award? who is it aimed at? will it make me a lifeguard? who am i? where can it take me?.

Introduction to Management - . what do we want from a voice therapy approach?. we want therapy that is …. effective