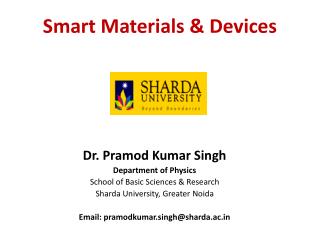 Smart Materials - . a smart material can be described as a material that has a useful response to external influences or

Smart Homes - . a 620 presentation by marlie eckelman, cenk cinarbas, and elizabeth porter. what is a smart home?.