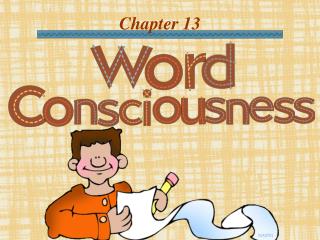 Chapter 13. Word Consciousness. the interest in and awareness of words. Use words skillfully Appreciate word meaning subtleties Are curious about language Like to play with words Enjoy investigating word origins. Students who have developed word consciousness:.