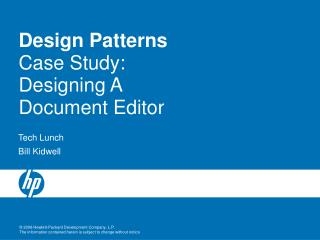 Case-Control Study Design - . two groups are selected, one of people with the disease ( cases ), and the other of people

Study a Visual document - . you must be able to answer these questions. - what sort of document is it? - where and when

DOCUMENT STUDY - . workshop 2013. how to look at doc studies. it is a historical skill – which can be applied to any

A case study - . the following data come from an experiment designed to measure the accuracy of eleven laboratories. each

A Case Study - . jake blanchard spring 2008. how do we really use fem?. the use of fea is really more complicated than we