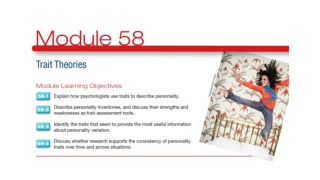 Types of Characters and Character Traits - . characters are:. the people, animals, or imaginary creatures in a work of

SSB VERSUS AM: TYPES OF SIDEBAND SIGNAL

Traits - . nature and nurture. thousands of different traits make you who you are. some traits are determined mostly or

TRAITS - . you have them! where did they come from?. traits : what are they good for?. passed from parent to offspring

Inherited Traits Learned Traits Heredity - . organism a living thing. trait a characteristic or feature of a plant or

Inherited Traits vs. Acquired Traits - . 7-2.7 distinguish between inherited traits and those acquired from environmental

versus - . lessons for joint ventures in china : a happy marriage but painful divorce. by sacha milchten &amp;

Versus - Issue: should the federal government increase the maximum weight on single-trailer trucks traveling on

Tiger traits - . christian cherry 11/10/11 objective in this activity students will create a power point presented on

Personality Traits- - . openness haley nord. why do we study personality