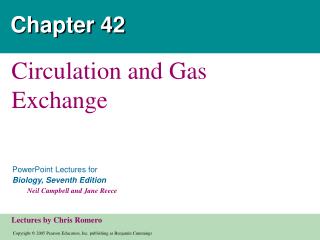 Chapter 42. Circulation and Gas Exchange. Overview: Trading with the Environment Every organism must exchange materials with its environment And this exchange ultimately occurs at the cellular level. In unicellular organisms These exchanges occur directly with the environment