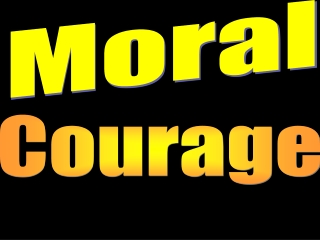 Moral. Courage. To Grow Spiritually We Must Add Virtue to our Faith. Virtue – “moral excellence (courage) to stand for what is right against all opposition and every adversity” Moral Theory - . an explanation of why an action is right or wrong or why a person or a person’s character is good or

Moral Scenarios - . picture. right or wrong?. objective. to consider what course of action is right and why. outcomes. to

Moral Development - . heinz steals the drug. in europe, a woman was near death from a special kind of cancer. there was