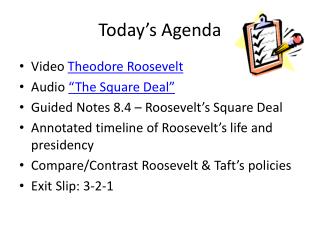 Should We Follow The Ten Commandments Today? - . many people believe we should keep the ten commandments today should we

Today became GREAT when YOU arrived! - . welcome!. today’s agenda: i can explain the elements of differentiated

Agenda - . exams &amp; grades your scantron will show your exam grade as a % hw turned in letter grade you have in

Prayer Seminar - . nickname just something about yourself. pitt crews. let’s e.a.t. what are your e xpectations for

Welcome - . as you enter, please: make sure that you have all digital files downloaded. save the handout file as one to