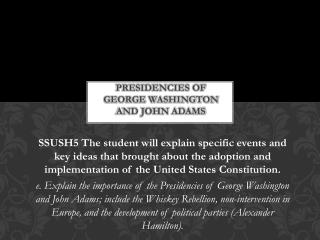 Presidencies of George Washington and John Adams . SSUSH5 The student will explain specific events and key ideas that brought about the adoption and implementation of the United States Constitution.