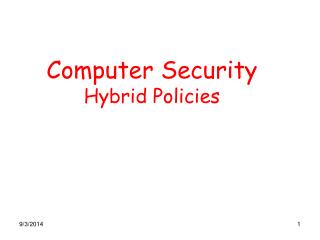 Topics in Security Testing - . [reading assignment: chapter 13, pp. 193-209. note that many more topics are covered in

Benifits of Hybrid cars - Environment friendly. they can reduce pollution by 90 percent. hybrid cars are much simpler to