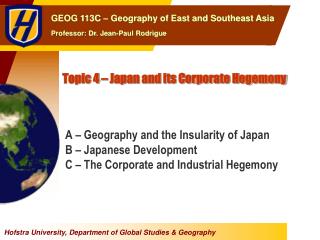 Japan - . why study japan?. japan is not. . . small land mass 1/3 greater than gb economy is third to us and china

Japan - . japan is much smaller than the united states. it is made up of about 4,000 islands. honshu is the biggest

Education In Japan ----English Education - Welcome ……. the following presentation education in japan will give you a

Chapter 14 JAPAN Review - . by jacky. notes. section 1. how many islands make up the japanese archipelago? over 3,000

Topic Here Survivor - . can your team out-name of topic your opponents to win the title of topic survivor?. the six

10.3 - Students analyze the effects of the industrial revolution in england, france, germany, japan, and the united