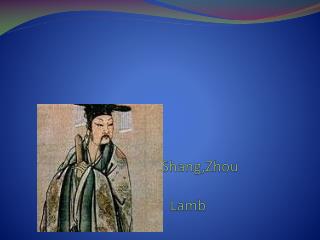 Xia,Shang,Zhou Lamb. WHAT ARE DYNASTIES?. A dynasty is a series of rulers from the same family. Historically, royal rule was descended from father to son. DYNASTIC CYCLE Emperor comes to power and gains the Mandate of Heaven. See Below Lesson 5: Shang and Zhou China - Lesson questions: what were the distinctive features of shang china? what were some of

SHANG DYNASTY - . developed out of neolithic settlements in huang-ho river valley 1500-1000 bc shang rulers were