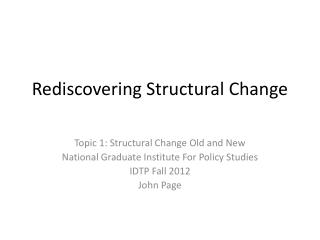 Rediscovering Catholicism - . by: matthew kelly. about the author. he made a foundation to help young people discover

Experiments in Structural Change - . by: janeé franklin. introduction to sociology (soci 001). survey course in field of

Rediscovering the Church - . life in christ james w. thompson sermon seminar 2014. what kind of leaders do we want? 1

Rediscovering the Bible - . a hidden treasure in every hand. the joy of discovery. luke 15 parables of the lost and found

Rediscovering the Inland Empire - On a recent trip to southern california, shopping center business noticed that the