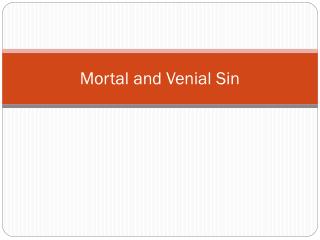 Mortal and Venial Sin. Distinction-The Destruction of Charity: The Form of the Virtues. Hell and Sin - Questions. do you believe in hell? what do you think hell is like? where does this idea come from?what

SIN - . knox, ian. theology for teachers. sin and its effects are visible everywhere in exploitive relationships,