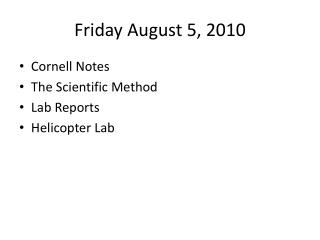 Thursday, August 29 Remember that your essay is due Friday - . 1. get out your history spiral and turn to the first page. Friday, January 8, 2010 CST of the Day - . an important social aspect of the early part of the industrial revolution in