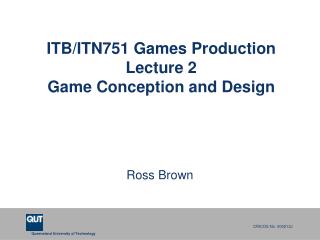 Adversarial Search Aka Games - Chapter 6 some material adopted from notes by charles r. dyer, university of

Get Your Game On! Video Games in the Library - Presented for connecticut state library by beth gallaway may 16, 2006