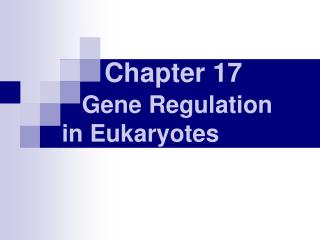 Chapter 17. Gene Regulation in Eukaryotes. In eukaryotic cells, expression of a gene can be regulated at all those steps we saw in bacteria, and a few additional ones besides.