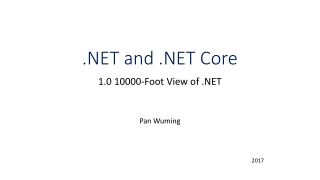 Difference between .NET Core and .NET Framework - We are all familiar with .net core, .net framework and how they have

difference between .net core and .net framework. - All functiionalities a are explained

.NET Core and .NET framework: How to choose one? - Are you unable to decide which technology to implement for your next

.NET Core or .NET Framework: How to choose a .NET Runtime for an Application? - The .net framework is something that is

A2000 Net Survey and Net Analysis

Net the net generation! - . bea winkler – Éva orbán. „simply, web 2.0 is the next incarnation of the world wide