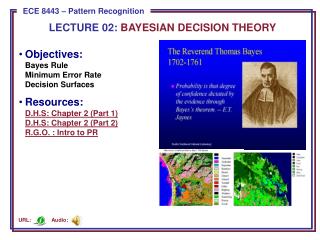 Chapter 2: Fundamentals of Decision Theory - Good decisions : based on logic consider all available data and possible

Fundamentals of Bayesian Inference - . brief introduction of your lecturer. i am working at the psychological methods