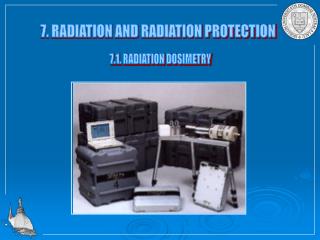 7. RADIATION AND RADIATION PROTECTION. 7.1. RADIATION DOSIMETRY. Radiology is concerned with the application of radiation to the human body for diagnostically and therapeutically purposes. This requires an understanding of:. the basic nature of radiation.