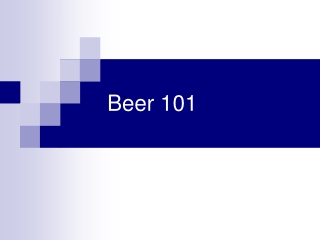 The Beer Store - . a strategic plan for social media in 2011 – erin scott. goals. make the beer store the ultimate

It’s Time for Beer! (The best long drink in the World ) The World of Beer Appreciation - . simon jackson the beer

The Cost of Beer - . history. beer was first created in 7000 bc the first beer recipe found was from about 3000 bc women

Plants and People - . beer-making. beer is proof that god loves us and wants us to be happy ---benjamin franklin. beer

The Beer Game - . simulates the flow of beer through a simple supply chain—retailer, wholesaler, distributor,

Beer Market - Europe Industry Analysis, Size, Share, Growth, - Beer is one of the most preferred alcoholic beverages in

What You Need to Play Beer Pong - Although there are currently no â€œofficialâ€ beer pong rules, weâ€™ve

How beer fob can save your ounces of beer? - In beer bars too much amount of beer is a waste and this reason cause a