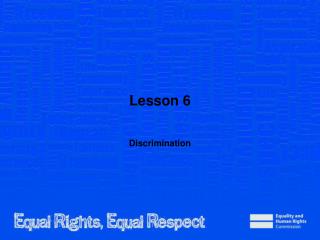 Lesson 6. Discrimination. Note to teacher. These slides provide all the information you need to deliver the lesson. However, you may choose to edit them and remove some of the detail to make them appropriate for your students.