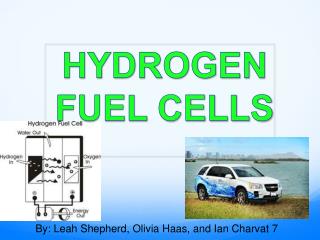 HYDROGEN FUEL CELLS. By: Leah Shepherd, Olivia Haas, and Ian Charvat 7. HYDROGEN FUN FACTS . Hydrogen is the most abundant element in the universe. Hydrogen is a renewable, efficient, and clean source of energy.