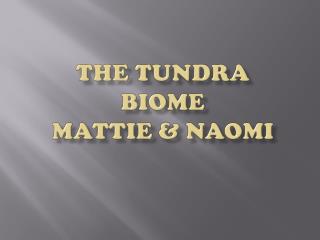 BIOME REPORTS - . by mrs. shute’s class. black rhino by alan. my animal is the black rhino. it lives in the rain

Terrestrial Biomes - . what is a biome?. a biome is a geographic area with the same climate, flora, and fauna. abiotic

Taiga Biome - . taylor huston. taiga biome. the definition of taiga is the coniferous forests extending across much of

The Tundra Biome! - . what does the tundra look

IVY Animal Discoveries - . the following slides show the various animals we discovered throughout our biome travels.