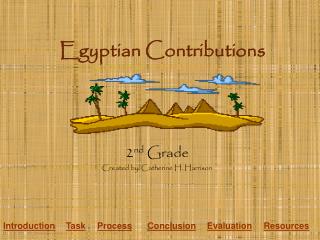 Egyptian Architecture - . massive structures came to be favoured from the old kingdom on. mud brick was the principal

Egyptian Multiplication - . the ancient egyptians used a pencil and paper method for multiplication which was based on

The Egyptian and Nubian Empires - . chapter 4 section 1. setting the stage. egyptian civilization developed along the

Egyptian armor - What it is made of what it is for how it was made. egyptian armor. by:sean moore. it has a lot scales

Oh, So Mysterious Egyptian Mathematics! - . lecture one. outline. where did numbers come from? counting base of a number

Egyptian Art - . circa 3,000-1,000 bcor bce. egyptian art. hieroglyphics were pictures used as a written language. in

Egyptian Medicine 3000–500 BC - . the history of medicine. this icon indicates the slide contains activities created

Egyptian Art and Architecture - . do now . who is at the top of the social structure in egypt? why is this? which

Ancient Egyptian Art - . by ian isom. april 2012. what can you tell me about this mask?. objectives. identify the three

Egyptian Pyramids - . the egyptian pyramids are ancient pyramid-shaped masonry structures located in egypt . there are

Egyptian Art and Numbers - . t j osler. egyptian poetry. death is before me today like the recovery of a sick man, like

The Quest for Identity: How Egyptian is Egyptian Arabic? Yasmine Salah El-Din yasmine@aucegypt - .edu the international