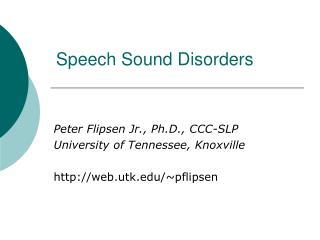 Chapter 2 Speech Sounds - . introduction. speech and writing are two media for language. speech is prior to writing, so