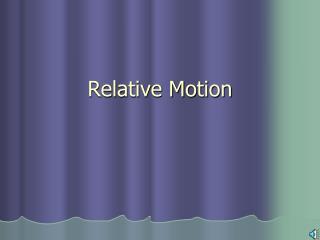 Relative Motion. Frames of Reference. Object or point from which motion is determined Most common is the earth Motion is a change in position relative to a frame of reference. What is motion?. Constant Speed &amp; Acceleration - . inertial reference frame. defined as the perspective from which a system is